It’s been about 9 months or more of flying the BetaFPV Beta65 drone which is now my BEST indoor racing drone. I thought I’d write a review of this drone because when I was getting started, I actually had a really bad experience with BetaFPV, but I’d like to explain.

The Beta65 drone is a tiny FPV racing drone with OSD (on screen display) that can be programmed in Betaflight.

It’s PERFECT for indoor flying, and to be honest, I can’t think of a better indoor drone. I’d say it’s much better than tinyWhoops or most other TinyWhoop type build, because it’s so powerful!

Any MORE powerful, and you’d have a drone too fast for flying indoors anyway. That’s why I like it, because it’s focused in indoor flying and it’s just the right amount of power and features for flying round your house.

Here’s a short unboxing and review video I made about the Beta65 if you’d rather watch or listen to something:

Well, there are lots of reasons you’d want to fly indoors as opposed to outdoors. Firstly, you’re less likely to damage things because the drone’s so small and light. You’re also not going to need insurance, licenses, or anything like that.

It’s impossible to lose indoors because you KNOW it’s going to be somewhere in your house, and what’s even better? You don’t need the weather to be good! You can fly in ANY weather conditions, and at any time of day or night.

This means it’s a great idea to buy an indoor drone, if you’re trying to improve at drone racing.

My bad experience with BetaFPV

BetaFPV is a strange company, they make lots of drones, mainly indoor ones but their products tend NOT to come with any instructions. They have most of their manuals and guides online on their website, but that led to some problems for me.

So the first drone I actually bought from BetaFPV was the Beta75. It came with no instructions, and I at the time had a Taranis QX7 controller.

I could not for the life of me figure out how to get them to connect. I later learned that it wasn’t compatible without a module, but for a NEW FPV drone pilot I had no idea.

And that’s the main problem that I had, I just didn’t KNOW enough about drones and how to use them. I had the wrong transmitter, and I didn’t know how to bind them even if I had the RIGHT controller.

But after months of emailing and messaging back and forwards I eventually just gave up. I sold my Taranis, and later (a month or two later) bought the BETAFPV stock transmitter, DESIGNED to be used with their drones. 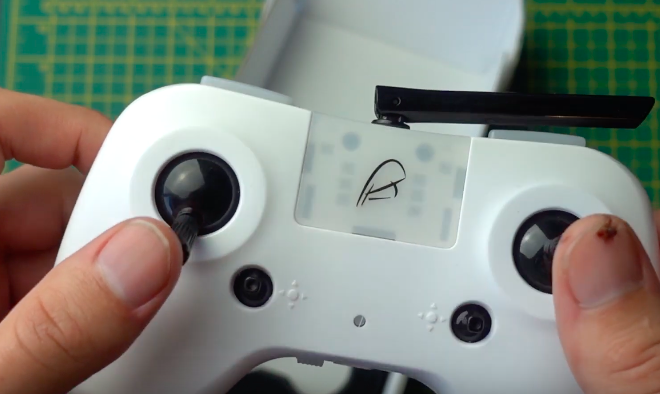 I tuned it on and within minutes, I had it connected and ready to fly. And that’s the problem, with lots of drones, especially racing drones, you’ve got to know how to use them, and how they work.

You can learn a lot of information by reading articles like this one or other online guides. It’s easy to give up, but I’m so glad I didn’t, and I stuck with the BEtaFPV drone.

Because now the best indoor drone I have is a BetaFPV drone, and I’ve actually now bought ALL of their indoor drones, despite having that bad experience at the start. I just didn’t know how to use their products.

So bear in mind that the instructions can be complicated, but that’s not their fault, it’s just the nature of remote control devices like FPV drones.

How to set up the Beta65 drone

To set up the BETA65 drone, simply put it into bind mode (You can find out how to do that on their instructional manual that they send you) and then turn your BETAPFV transmitter on. It will enter bind mode and connect.

You can then connect it to Betaflight using a micro USB cable, and change any settings you want there. I’ve personally not had much luck changing the settings, because most of them are perfect straight away, and I didn’t need to change anything.

I’ve personally flown all of these drones, and I own them all. I can say with confidence that the BEST one for indoor flying IS the Beta65. This is because the others are simply too fast, and you won’t be able to enjoy them in the house.

The 65 however, is perfect, great speed and agility but not too fast that you can’t control it. You can easily drift round corners without worrying about smashing into the walls. It’s also cheaper, and because it’s smaller it’s easier to punch through tiny gaps in your house!

If you’re looking for a drone that can go from indoor to outdoor, look at the Beta85.

Personally I don’t see the point in buying the 75, because it’s too fast for indoors, and not wide enough to handle wind with outdoor flying. The 85 is the best all rounder, but for indoor flying get the 65.

How does the Beta65 fly after 6 months?

After using it more or less every single day for 6 months or more, it still flies just the way it did when I first got it. In fact, I’ve crashed it more times than I can count, it just doesn’t break.

The blue shell protects the camera so well, that I’ve not had to resolder ANYTHING or replace anything whatsoever.

I can’t say that for the Beta75, because in one crash I snapped the blue shell. I think they’ve made the shell thicker and more protective in the 65, but I might be wrong. All I can say is that I’ve flown it every day multiple times, crashed it into everything, and it’s still just the way it was when I first got it.

One of the best things about the design of this and any of the other main indoor BetaFPV drones, is the camera antenna. They’re built to trail behind the drone, so that when you crash the antenna doesn’t even touch the ground. 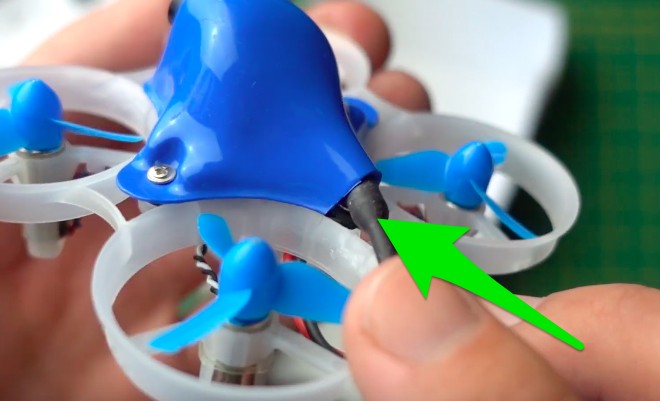 The on screen display featured on the Beta65 is really good. Having flown all of the main BetaFPV indoor drones, their OSDs all perform more or less the same. They don’t have any more or less features, so the OSD you get on this drone is the SAME as on the more expensive ones.

I think that among other things make this drone better value for money than their other models as well. You get the OSD of a real racing drone, in a tiny indoor flying quadcopter. You can’t really beat that!

The batteries the 65 takes are the powerwhoop lipo batteries. These are great, cheap, fast to charge and powerful. I can’t really complain about these batteries at all. I’m very glad they decided to use the powerwhoop connector for this drone, because it’s going to take a battering.

The tiny drones like this that you fly indoors are always going to crash, and it’s important to have parts on them that can withstand those crashes. This refers of course to the battery connection. You’re going to be pulling the batteries out dozens of times a day so the connection needs to be strong and stable. 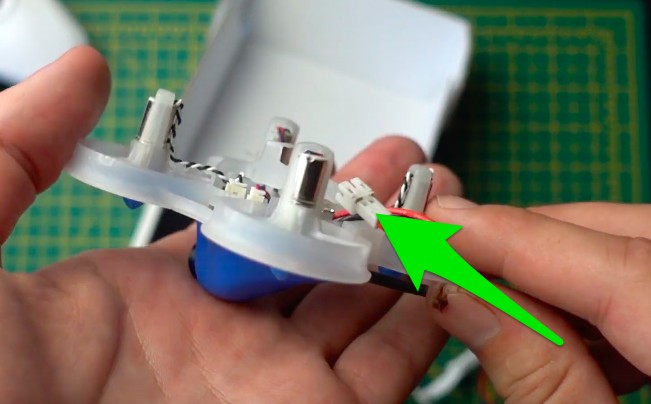 In short, I LOVE this drone. I rarely say that a drone is the BEST in any category, but I have to say this is the best indoor drone I’ve ever flown at time of writing (Feb 2019).

It’s fast, stable in the air, agile and easy to control. Not only that, but it’s affordable compared to other FPV drones, and it works easily with most transmitters like the BetaFPV controller or the Taranis QX7.

You can also get LOTS of spare batteries for hardly any money. This makes it a fun and easy to fly drone. I regularly fly this drone round the house when it’s raining, and it’s always hours of fun!

The cheapest place to get it right now is actually here on Amazon but if that changes I’ll update this article! You might also need the following things: