Honest Review Of GoPro Karma Drone 2020: What They Don’t Tell You 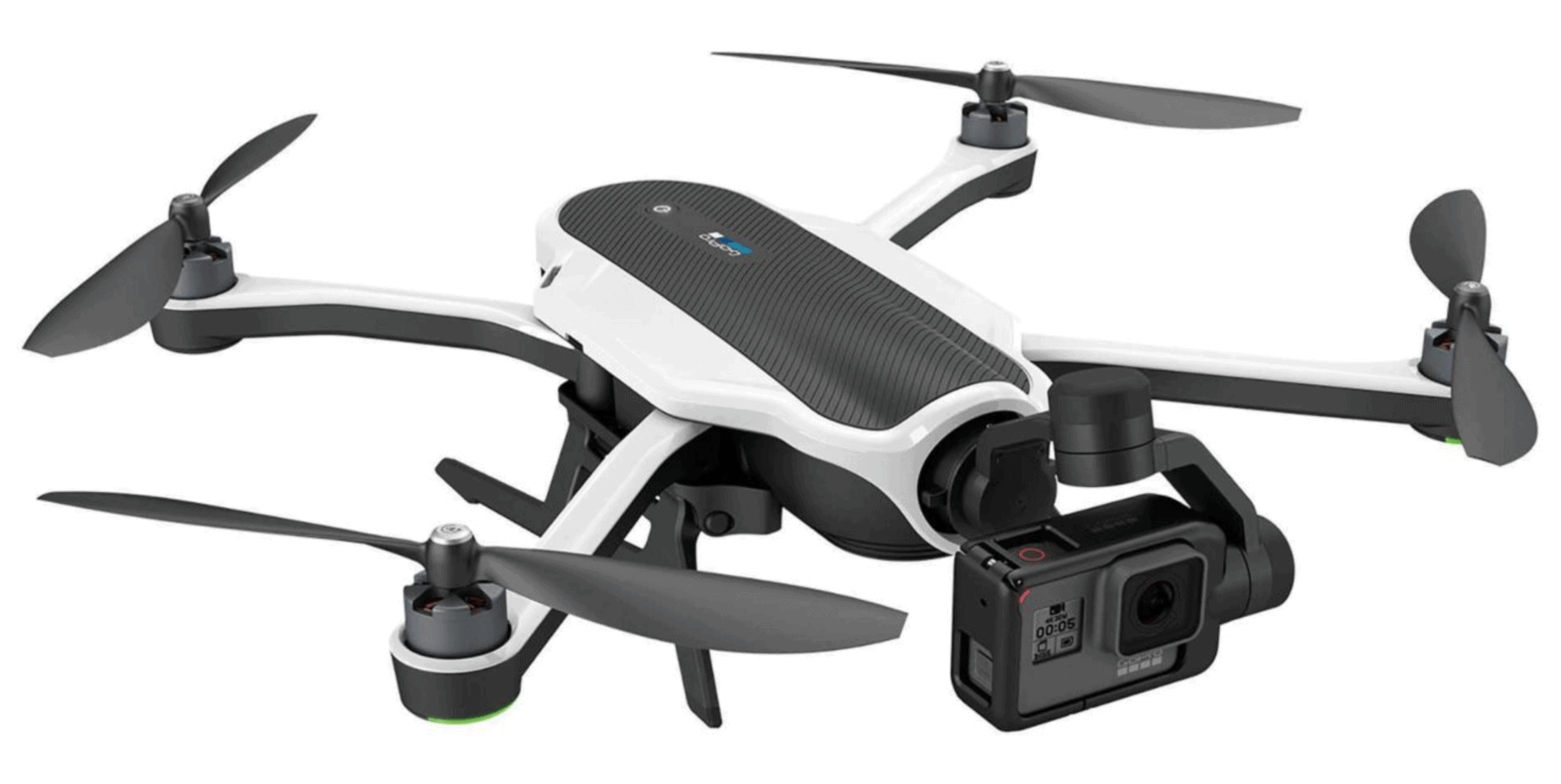 UPDATE: GoPro has discontinued the Karma and exited the drone business because it really couldn’t compete with much better drones like the DJI Mavic reviewed here.

GoPro’s Karma drone has had a lot of mixed reviews. Some have claimed it to be the ultimate travel drone, with all of the latest features, but others have labelled it a complete failure. So which is it?

Here’s an honest review of the GoPro Karma drone, so that you can make your mind up for yourself.

If you’re an avid GoPro user, you’ll be used to the high quality images and videos that the GoPro shoots. The Karma works with either the GoPro 4, 5 or 6 as the camera, so you know exactly what you’re getting when it comes to footage quality.

The fact that it works with different GoPro models also means that you can always upgrade the camera of the Karma. 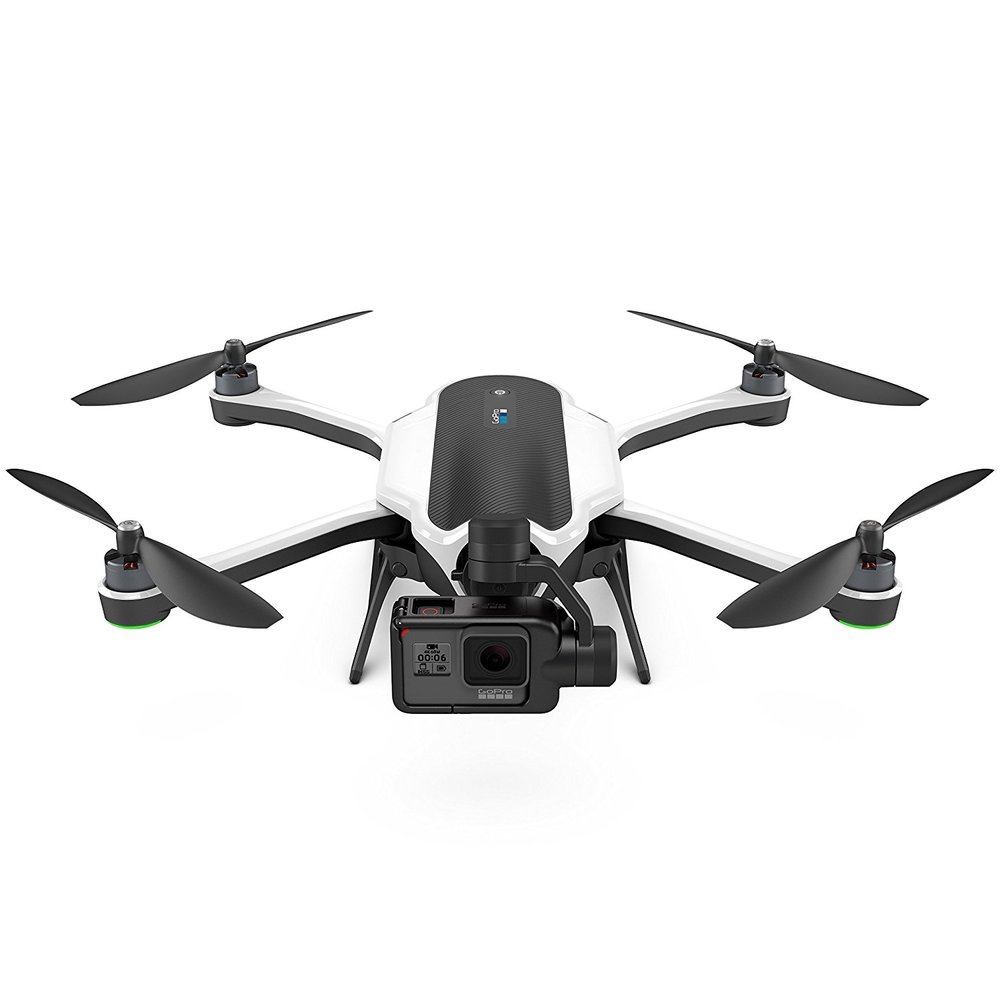 If you’ve already got a GoPro, the drone is cheaper

There are several different package options when buying the Karma. If you’ve already got a GoPro that you’re happy with, there’s no need to purchase the most expensive package, that includes a GoPro camera.

You can stick with your own GoPro (as long as it’s compatible) and buy just the Karma drone and grip/gimbal. This could knock several hundred off the price you pay for the Karma.

Gone are the days when massive drones were impressive, now it’s all about portability. Whether you’re taking your drone with you on your travels, or just taking it down the local park, you want to be able to transport it easily.

As consumer drones go, the Karma is on the large side, which means it’s not as portable some of its competitors, like the DJI Mavic or Spark.

That being said, it’s not impractically large, and it does fold, making it more portable than drones like the DJI Phantom. The arms fold in, so that the drone takes on a much sleeker design for transportation.

It also comes with a carry case, which makes it a lot easier to transport. The carry case is designed like a suitcase with rucksack straps, so it protects the drone during transportation with a hard casing and moulded interior.

The carry case may be slightly bigger and bulkier than other drone cases, but it’s still small enough that it can be taken onto a plane as carry on luggage. So if you’re hoping to take it with you on your travels, you’ll have no problem. 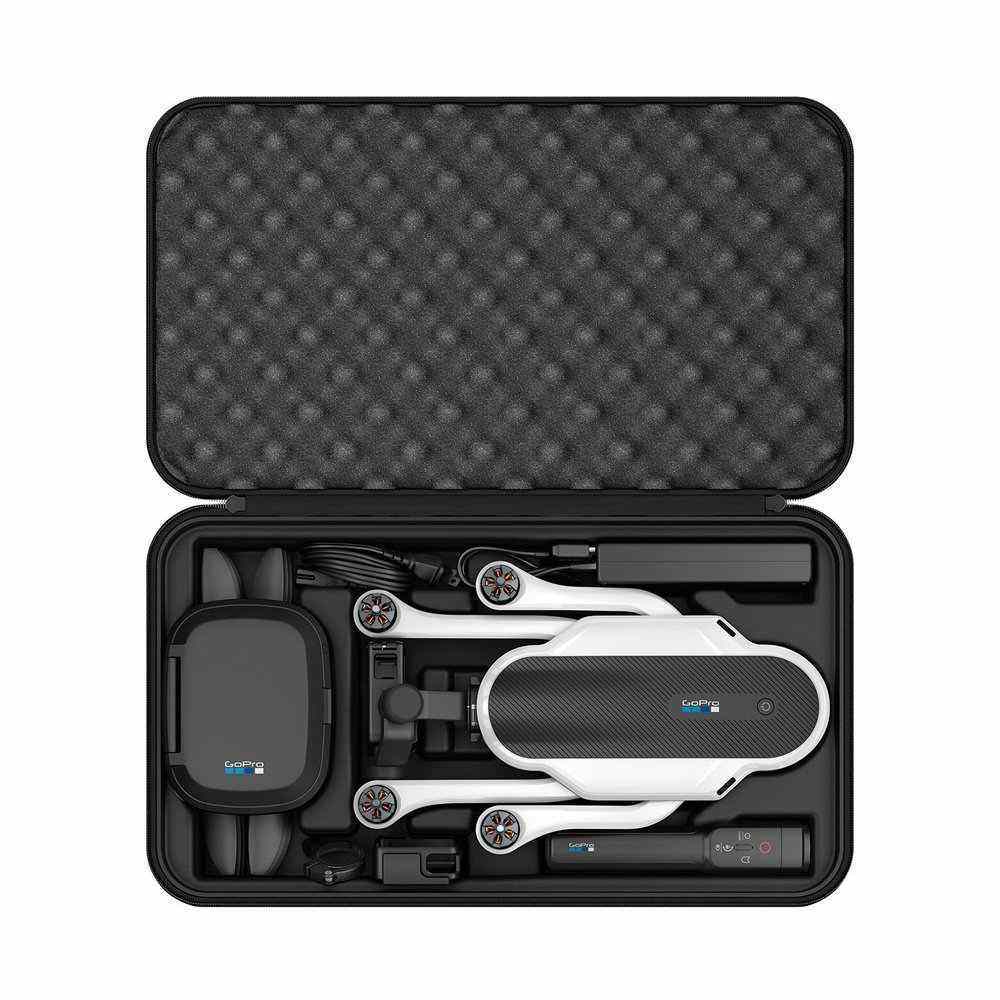 Flying the karma doesn’t have to be a solo experience

Any regular drone flyer will know that it can be lonely hobby, especially if you’re used to FPV flying. It’s just not normally that sociable.

But with the Karma, there’s always the GoPro Passenger app. This app lets your friends watch you take to the skies, they’ll see what your drone sees, and they can even control the GoPro in your drone, whilst you concentrate on your flight path.

The Karma controller is really easy to use

The Karma is a great drone for beginners, mainly because of how easy the controller is to use. It’s got a simple design, but it’s got everything you could want from a controller.

The joystick design is easy to control and is fairly self explanatory, and the built-in touch screen means that you can always see things from your drone’s perspective.

So whether you’ve flown drones before or not, after a few flies, you’ll be confident enough to fly your drone anywhere and everywhere.

The GoPro Karma is marketed mainly at beginner drone flyers, and so it’s built to withstand a few scrapes, bashes and crashes.

So if you land the Karma a little too hard, or perhaps send it flying into a bush or a tree, don’t panic too much. It can take a beating (within reason).

And if you do manage to break any part of it, it’s easy to replace propellors or limbs. Plus, if you get the GoPro Care Service, you might even be able to get it fixed or replaced for free (you’ll have to check their terms and conditions to be sure though).

It’s not as stable as other similarly-priced drones

One of the most popular features of other consumer drones on the market is obstacle avoidance.

Because the Karma just uses the GoPro as it’s camera, there aren’t any sensors to help it avoid obstacles. So you’ll need to watch out for trees, walls and the likes yourself.

This can cause a problem if you’re flying backwards, as obviously your GoPro will likely be facing forwards, meaning you won’t see any obstacles behind you until it’s too late.

It has a good flight time

The Karma has a flight time of 20 minutes on one battery, which is pretty good as far as most drones go. You can always buy extra batteries as well, so you can fly and play around for longer if you want to.

When buying a drone that’s over $500, you want it to have all the latest technology and features that make it a pleasure to fly.

On of the issues that caused the Karma to gain a bad reputation was its lack of a ‘follow me’ function. But after realising their mistake, GoPro introduced the feature this year, bringing it up to standard.

There are several different flight modes

You can set it to ‘orbit’ so it will fly around you, keeping you as the point of interest. Or you can set it ‘dronie’, where it will take a selfie of you before panning out, or of course the new ‘follow me’ feature.

Perhaps the coolest flight mode of the GoPro Karma is where you set it to follow a set flight path. You can draw out the flight path on your controller’s built in touch screen, and then watch as your drone follows its set path. You can choose to focus on controlling the camera whilst it flies the set route. 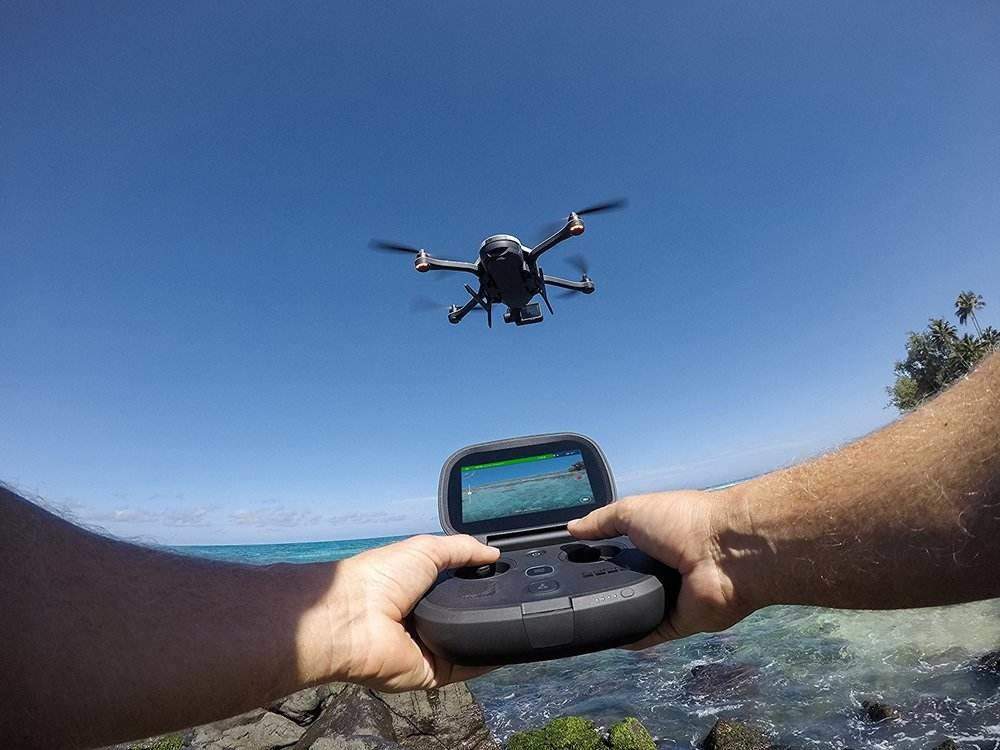 So is the GoPro Karma a decent camera drone, or are the sceptics right to dub it a failure? Perhaps when it was first released, GoPro didn’t quite get this drone right. It was missing several important features, and couldn’t really compete with DJI’s Mavic.

BUT, it’s safe to say they realised their mistakes, and after several updates, the GoPro is a good choice of consumer camera drone, especially for beginners. It has most of the latest features, and as long as you don’t mind going without obstacle avoidance, it’s everything you could want from a top quality camera drone.

UPDATE: GoPro has discontinued the Karma and exited the drone business because it really couldn’t compete with much better drones like the DJI Mavic reviewed here.