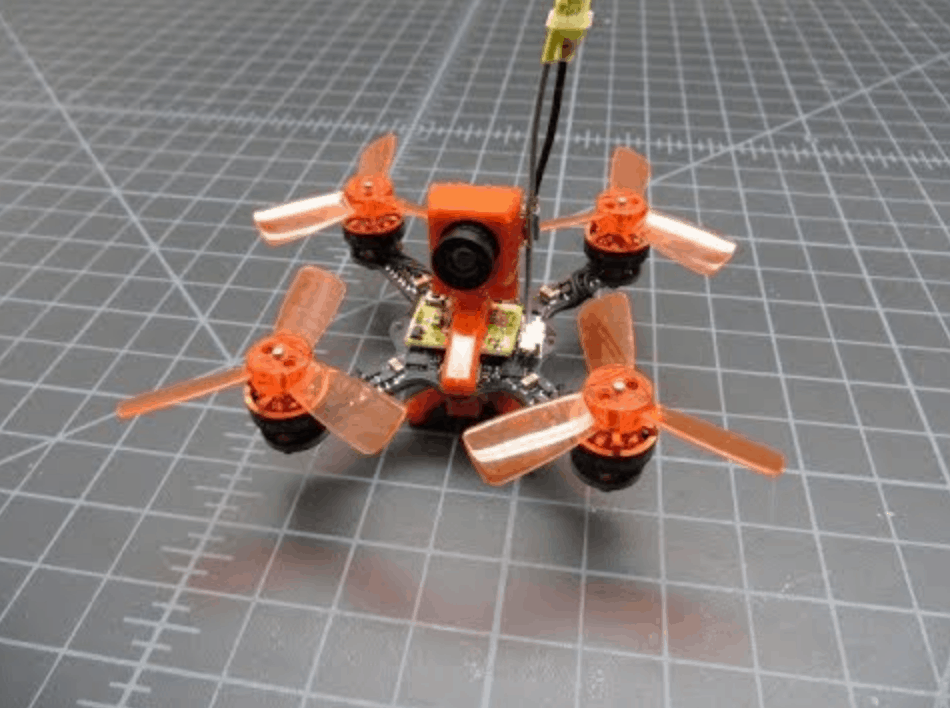 UPDATE: The Eachine X73S is no longer available. Check out this newer, awesome brushless drone instead.

Eachine redesigned the X73 and introduced us to the X73S after a fiasco with the base model.

A problematic receiver plagued the vast majority of X73 devices; however, the X73S suffers no such problems.

The X73 was introduced after the success of TinyWhoop.

It was one of the smallest, fast-moving FPV quadcopters on the market. However, the vast majority of X73 devices were plagued by a bad receiver. So, Eachine redesigned the entire line, introducing us with the X73S model.

The X73S doesn’t suffer from the same problematic receiver as its predecessor. The manufacturer retained the same frame and wheelbase with the single exception – the brushless motors.

In terms of design, the drone still features the same frame.

As with most nano quadcopters, the idea here is to use the PCB as the mainframe. The main structure is based on a 2mm thick PCB board, with all the electronics installed on the upper side.

The problem with this, over the use of carbon elements, is that it can potentially result with the device being up to three times heavier. But, the X73 still weighs only 1oz., apparently having no issues with the increased weight.

Eachine realized the worth of brushless motors and implemented them into X73S, which is another improvement over X73’s brushed motors. The new model features four 1103 10000KV brushless motors, which give the X73S some much-needed thrust.

It can be flashed directly by using BLheli configurator, or BLhelisuite. The UART port needed for flashing can be found on the side of the drone.

Quad-blade propellers are 50mm in diameter, made of hard plastic. Offering no flexibility whatsoever, these plastic props are most likely to break during a crash. Using the prop guards is highly recommended when flying outdoors.

The device is still based on a Naze 32 FC (flight controller), representing solid hardware and offering impressive user control response. On X73S, it performs exceptionally well, and it can be directly flashed using BetaFlight.

Previously suffering from the brownout receivers, Eachine decided to fix the issue. The X73S comes with three different choices of receivers: DMS2/X, FrSky D8 (by default), and Futaba SFHSS.

The FrSky D8 module, mounted on the side of the frame, has been flashed with telemetry compatible software. It’s beneficial in case you lose your drone out in the field.

The 2.4GHz antenna is attached to the module via UFL connector. There are two UFL/IPX connector for both antennas (2.4 and 5.8GHz), which is great if you’re looking to replace the linear model with a light clover model type.

On top of the entire construction sits the same AIO 25mW 48CH 5.8GHz FPV camera used on the X73. The 600TVL FPV camera sports a ¼ of an inch sensor, with the light sensitivity of around 0.5Lux, offering the resolution of 1280×960 pixels.

Securing the camera and a 5.8GHz UFL connector is strongly advised. You can do this with a few drops of hot glue, preventing the damage to the built-in video transmitter in case of a crash.

You should do several things BEFORE takeoff.

The propellers aren’t screwed into the motor, but rather pressed onto the tiny motor shaft. They have to be installed correctly, pressed onto the shaft, to avoid them popping off during flight.

There are no more brownout problems and the drone flights beautifully until the very end. When the LVC is triggered, the rear props start blinking.

The X73S features two default flight modes: angle and acro, with the PIDs setting at default. Increasing the D values by 40, for both pitch and rolls, offers more stability during flights.

The brushless motors featured on this drone provide more than enough strength for acro flights, with all the flips and rolls. And with the PIDs adjusted, the X73S will perform beautifully, even in the windy conditions.

The Eachine X73S is a fixed and working X73 with no more brownouts. Sporting a proper battery (600mAh LiPo), this drone can offer up to 6 minutes of flight time.

The FrSky D8 now offers telemetry, making this little device easier to find in case it lands in high grass.

On the downside, the FPV camera and the propellers are the weakest points of the drone. The roughness of the PCB frame came as a surprise during the crash test, but the camera popped off several times. You should secure the camera with a drop of hot glue to minimize the possibility for this to happen.

Also, the propellers are made out of hard plastic and offer no flexibility, so crashing onto a hard surface will most likely break them. Prop guards are recommended though they offer limited protection during serious crashes, as they are almost as fragile as the props themselves.

The Eachine X73S is representing all you can expect at a given price range. And while some PID tweaking might significantly improve its flight stability, this is a punchy little drone capable of serious acrobatic flights.

UPDATE: The Eachine X73S is no longer available. Check out this newer, awesome brushless drone instead.