Honest Review of The DJI Inspire 2: A Filmmakers Dream


The DJI Inspire 2 is one of the most popular filmmaking drones on the market. Itâ€™s considered a professional drone, rather than a consumer drone, so is it really that much better than the other drones out there?

Hereâ€™s an honest review of the DJI Inspire 2, to help you decide whether or not this is the drone for you.

It records footage of unbeatable quality

A few years ago, 4K footage was unbelievably high quality, but now, thousands of average consumers have access to 4K recording equipment, be it a drone, a GoPro, whatever.

4K videos have become the norm, so youâ€™ll be pleased to hear the DJI Inspire 2 has gone above and beyond the now-standard 4K. You can record in up to 5.2K, which makes it one of the best aerial cameras in the word.

Whatever youâ€™re hoping to film, the DJI Inspire 2 can keep up to speed with just about anything. With a 0-50mph speed of 5 seconds, you can film dramatic fly bys, or keep up speedy cars, boats, motorbikes, you name it.

Itâ€™s maximum speed is 58mph (94 kph), which is much faster than your average drone. And whatâ€™s great is that even at that speed, you can expect to record top quality footage.

The DJI Inspire 2 has an impressive range

To really make the most of everything this drone has to offer, you want it to go for miles, uninterrupted. And luckily, the DJI Inspire 2 can do just that.

It has a range of 4.3 miles, or 7 km, so even if youâ€™re a little way away from exactly what you want to capture, distance isnâ€™t an issue. 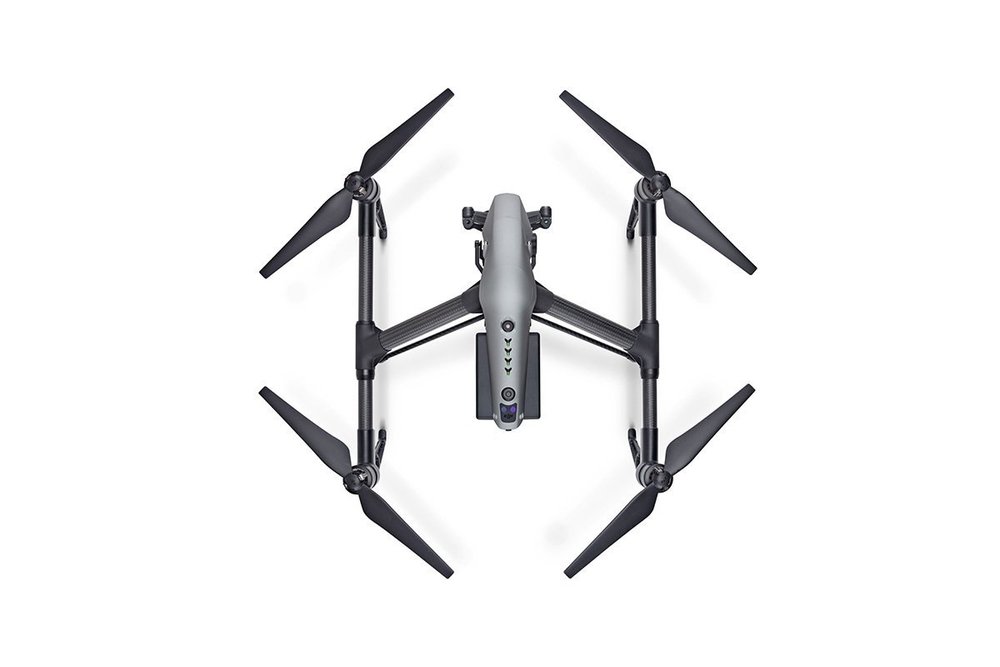 It can cope in different conditions

If youâ€™re investing in a filmmaking drone, you want it to be able to record all sorts of films, in all sorts of conditions. The DJI Inspire 2 is made to be durable and sturdy during winds, and temperatures both cold and warm.

It can resist wind speeds of up to 10 m/s, and keep itself stable despite it being a blustery day. So even if the wind picks up, you shouldnâ€™t have to worry about unstable video footage.

It has both forwards, upwards and downwards sensors, and can detect objects and obstacles that are up to 30 meters ahead. This means that the drone is preparing to avoid obstacles well before it actually reaches them.

The upwards and downwards sensors also make it much easier for the drone to hover, both indoors and out. And when you want to land it, it will do so gently, thanks to the terrain detector. So itâ€™s not going to crash land any time soon. 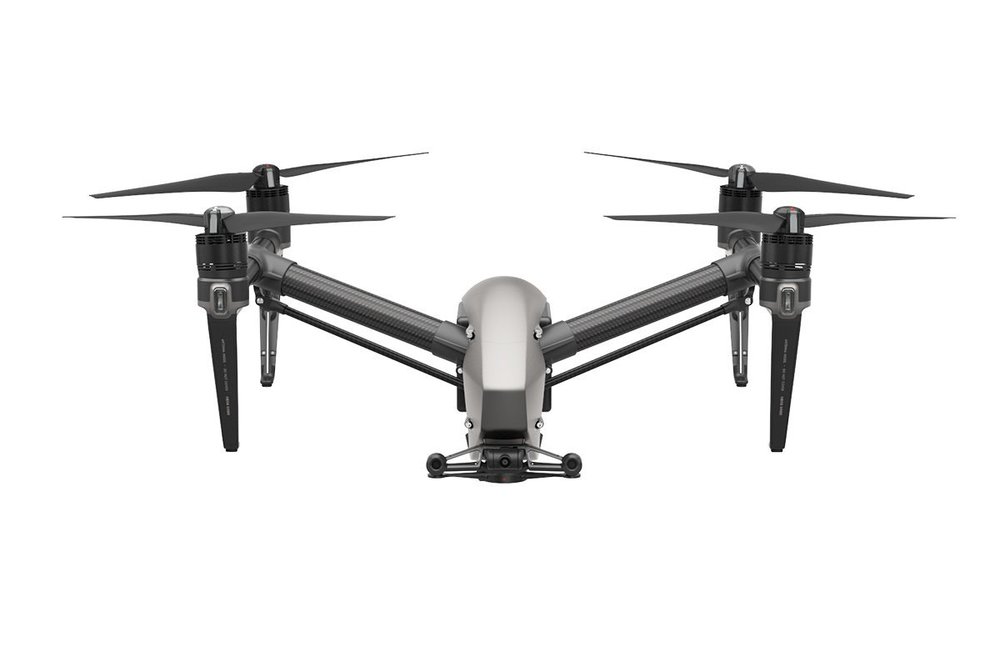 Spotlight Pro is one of the most desirable features for filmmakers

The DJI Inspire 2 has Spotlight Pro, which is a cinematic feature of the drone, and one that every filmmaker wishes they had access to.

This feature shows just how intelligent this drone is, as it allows the camera to lock on to a point of focus, and the drone will fly keeping that the central focus of the shot. It doesnâ€™t have to focus on the person holding the controller, and it doesnâ€™t even have to focus on a person.

You can set it to focus on a certain part of a landscape, or on a person, or on a group of people, whatever you choose!

If the focus is moving, the drone will follow it, keeping it in sight, and filming its path and every move.

Perhaps the best part about Spotlight Pro is that it can be used when in most of the different flight modes. So whether youâ€™re flying in TapFly, Waypoint, or Point of Interest mode, you can use Spotlight Pro at the same time.

More than one person can control the DJI Inspire 2

Sometimes, controlling the drone and the camera and the gimbal can get a bit much for one pilot. If thatâ€™s a problem youâ€™ve often found, then the DJI Inspire might be a good choice for you, thanks to the fact that you can have both a master and a slave remote controlling it.

The master remote obviously has the most control, but with a password, a slave remote can take over control of certain aspects of the droneâ€™s flight.

With a lot of other, less advanced drones, there isnâ€™t really much need for two controllers, but because there are so many different functions to make the most of with the Inspire 2, itâ€™s a welcome feature. 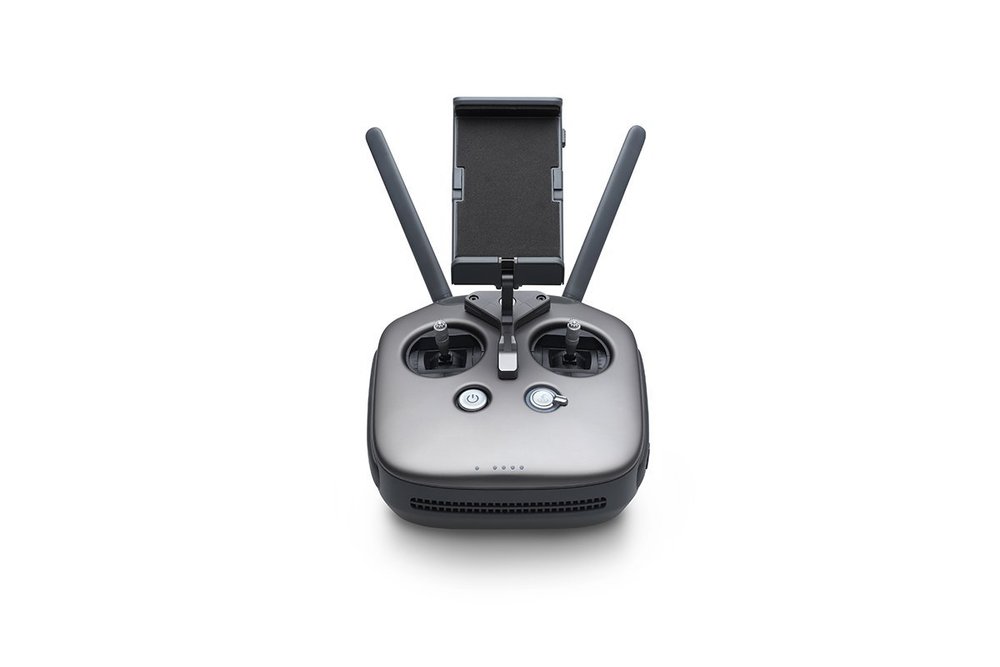 There are sometimes problems with DJIâ€™s slave remotes

Whilst itâ€™s useful to have slave remotes helping out with the drone flight, if you try and connect more than one slave remote, things often get a little tricky.

The rest of the drone is easy to set up and pretty much ready to fly, but configuring the master and slave remotes can pose some problems. Technical problems like lack of video or lack of control in slave remotes often pop up, especially if you try and connect more than one slave.

This might not be too much of an issue, if you donâ€™t mind not having multiple slaves. Too many cooks spoil the broth anyway, right?

But if the problem persists, itâ€™s not the be-all and end-all of your DJI Inspire 2, youâ€™ve just got to spend a little time configuring the remotes properly. And if you need help, you can always just call up DJI.

So the DJI Inspire 2 is definitely worth investing in if you want to make some top quality movies and record some really impressive videos. It’s a beauty to fly, and the footage it records is definitely something to be marvelled at.

With so many advanced features though, it’s not for beginner drone flyers (even if it is hard to crash), and is definitely more a professional drone than a consumer drone.