Drones are of course all the rage at the moment, but if you’re looking for something a little more impressive, with a few more features than your average budget consumer drone, look no further.

Companies use drones every day to film their operations, inspect wind turbines, perform thermal imaging on crops or machinery, inspect miles of oil pipelines without having to physically drive there.. The list goes on.

Best professional and commercial drones of 2020

The DJI Inspire 2 is perhaps the best drone on the market right now for filmmakers. It can record incredible videos of unbeatable quality – up to 5.2k to be precise! 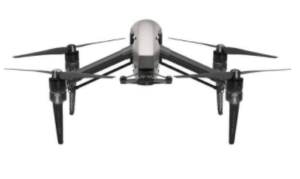 And if you’re looking for a drone that’ll keep up with the action and extremity of your film, the DJI is perfect. It can go from 0mph to 50mph in 5 seconds! That’s faster than a lot of cars!

It can also cope in cold weather conditions, thanks to its self heating technology. So it’s a lot more versatile than many other drones, both consumer and professional.

It also comes with a Zenmuse cam, that can be kept on, or replaced with an upgrade, and a front facing FPV camera. One of the best features of the DJI Inspire 2 is it’s spotlight feature. So you can lock in a focus, making all of your footage clear and centered.

This is one of the best drones for those looking for a bit of serious movie-making kit. It can be piloted by one man, or two. So whether you want complete control, or you prefer to collaborate, it’s completely up to you. But either way it comes with two controllers.

The flight time on the DJI Inspire 1 Pro is a fairly long 15-18 minutes, which gives you plenty of time to capture all the action you need. 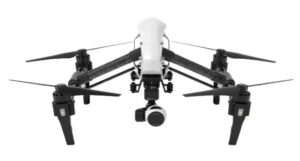 The 1 Pro offers complete control, whether you want to use the DJI Go App, or the sturdy controller that it comes with. Both give you control not just over the drones movements, but also over the camera and gimbal.

In fact, the control you have over the camera of this drone is one of its impressive features. Not only can you control where the camera turns and looks, but you can bring things into and out of focus, so you can capture really detailed and artistic footage.

Much like the DJI Inspire 2 spotlight feature, you can set a point of interest, so that as you pan out, or fly in circles, or anything else you might fancy doing with the drone, it will stay focused on one sight.

DJI’s Phantom drones are well known and popular drones for both consumers and professionals. The Phantom 4 Pro is a quality drone, that can shoot in up to 4k, so you won’t be disappointed with the quality. 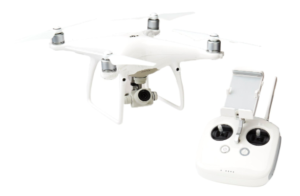 Like most other professional drones, it has sensors so it can avoid obstacles. But what most other  drones don’t have is the ability to detect objects from 5 directions. So whether you’re going forwards, backwards, up or down, it’s highly unlikely that you’re going to crash.

The Phantom 4 Pro has a 30 minute flight time, which by most standards, is pretty impressive. It means you can fly for longer even than the more expensive DJI Inspire 2.

This is a great drone if you want compete control, without having to spend too long figuring out the controls. The controller it comes with is easy to use, and comes with a built in screen. The DJI Go App is already installed on the screen, so it literally is ready to fly the moment you get it.

The Draw™ feature of the Phantom 4 Pro means you can draw out a flight path on the screen, and as simple as that, the drone will fly that route without straying from the path you’ve drawn.

The Active Track™ feature is great for filmmakers who want to focus on something specific. Whether your target focus is moving quickly or slowly, the Phantom can recognize subjects, and follow them as they move.

4: Matrice 200 Series (for inspecting wind turbines and other machinery)

UPDATE: The Matrice 600 is the newest model!

The Matrice 200 Series is another series of DJI drones, but these ones specialize in being durable and versatile. 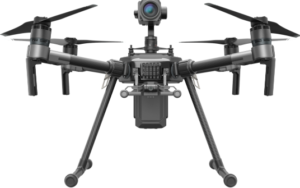 The 17 inch propellers mean that no matter how strong the wind, the drone can stabilize itself. It also has self heating technology and water resistance, so that you can fly in all weather conditions, hot, cold, wet or dry.

These drones aren’t so much for photography and film making, instead, they’re for those jobs that can be made so much easier with a drone. For example, they’re often used for inspections of infrastructure like bridges, power lines, and even wind turbines. They’re also being used around the world to help search and rescue missions.

The Agras 1G-1S is a drone made specifically for agricultural use. It can carry up to 10kg of liquids, so pesticides, fertilizers, water, anything you might need to spray over your land and crops.

So basically, this is a great drone that saves on man power and labor costs, and it does a much better job than most humans could! It ensures even spraying, no matter how fast it’s going, so you’ll save on pesticides and fertilizers, and you’ll minimize your pollution. 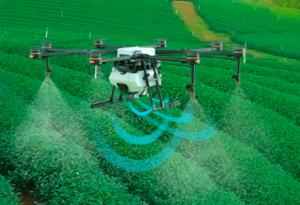 It can cover 7-10 acres per hour, which works out at around 40-60 times quicker than a human could manage.

There are three different control modes, so that you can decide how much control you have over the operation. With smart mode, you can plan a route and leave the drone to it. Manual plus mode is a better choice for oddly shaped fields, as you can turn the drone with the press of a single button. And finally in manual mode, you’ll have complete control over the drone, and you’ll need to navigate its path the entire time.

This Yuneec is another popular filmmaking drone, with retractable landing gear and folding arms that make it highly portable. The camera can film in up to 4k, so you’re guaranteed top quality footage. You can also zoom with this camera, which is a feature that many drones lack. 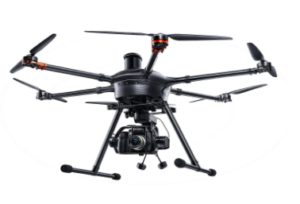 You can set the H920 to film around a point of interest, or even to orbit you, the pilot. So it’s easy to keep something in your foresight. Even if you’re moving quickly, this Yuneec will follow you if in follow me™ mode. And there’s no need for you to control the camera when it’s in follow me mode, it will lock onto you and keep you as its focus.

You can also set a route for your drone to take before it’s even taken off. So you can sit back and watch it follow the path you’ve set, or even better, focus on controlling the camera whilst it flies.

The controller is also one of the most impressive out there. It’s a classic joystick style controller, with perfectly grippy joysticks, and a pretty cool built in screen that shows you what your drone sees. This definitely helps if you’re going to be making use of the drones 4000m possible maximum altitude.

I wrote a very detailed post about the types of job you can get with a drone, and the industries that are hiring drone pilots. There’s lots of opportunities that you might not have thought about there, so check it out!